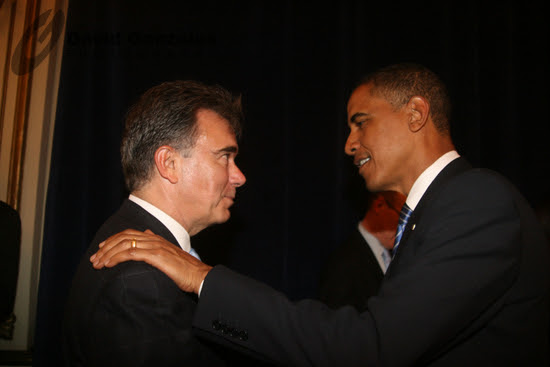 Baxter has recently been attending anti-freedom events in state and unsurprisingly plans to run for Congress as a Democrat.
"We welcome Ralph Baxter, his Obama pals and his lefty money to West Virginia," said West Virginia Republican Chairman Conrad Lucas. "When you're on the record helping out Obama, Hillary, Planned Parenthood and the like, it's clear your values are not ours. Attacking coal and babies has destroyed the Democrat brand for more than a decade here. We look forward to electing Congressman McKinley to again head the Coal Caucus and represent this state's true values against the The Swamp in D.C."

Baxter was a maximum contribution donor to the unsuccessful Natalie Tennant For Senate campaign, gave $14,250 to the Obama Victory Fund and gave thousands more to Glen Gainer for Congress, Hillary Clinton and Richard Gephardt, among other losers.

###
Paid for by the WV Republican Party,
PO Box 2711, Charleston, WV 25301
Not authorized by any candidate or their committee.
#MAGA
Read more at