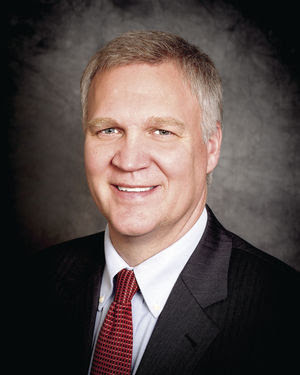 President Donald Trump has demonstrated his commitment to helping West Virginia rescue our economy from the damage inflicted during the Obama administration.
Last May, I was there when Trump stood in the Charleston Civic Center and pledged to "put the miners back to work." In his first few months in office, he's followed through on that vow by repealing many of the harmful regulations that decimated the crucial coal and natural gas industries in our state.
Now, the president is embarking upon a bold new plan that will unleash the true economic potential of our state.
President Trump and leaders in Congress are working diligently on a massive rewrite of our federal tax code. It's the most aggressive tax reform proposal we've seen since the Reagan administration, and it would have tremendous benefits for our state.
The plan being discussed will provide tax relief to working families across our state, while opening up new possibilities for corporations to reinvest revenue from overseas back in the U.S. for investment opportunities here at home.
The tax plan working its way through Congress would directly benefit families by doubling the standard deduction most people use on their taxes, while also significantly increasing the child tax credit. This means that many West Virginians would immediately fall within a zero-tax bracket and would pay no income tax.
A typical family of four could save more than $1,000 a year on their tax bill under the latest version of the plan - that's real savings West Virginia families could use to buy homes, purchase clothes for their kids, buy new appliances, save for a vacation or use to make home improvements.
In addition, the president's plan would simplify the onerous process of filing tax returns, saving our citizens the long hours and expense involved in preparing complex tax forms or hiring tax professionals to complete them. For many of our residents, filing their taxes would involve completing a one-page return.
Too many West Virginians have had to struggle to make ends meet in recent years, and a simplified tax code that leaves more of their hard-earned cash in their pockets would go a long way to easing their economic burden and making life better for their families.
While these reforms would be a significant benefit to our state and its people, West Virginia would also benefit from the potential of new jobs this tax plan could create.
President Trump's plan would provide significant tax relief to the backbone of West Virginia's economy - our small businesses. Perhaps no segment of West Virginia's economy has had to weather the economic storm more than our small and family-owned businesses. The president recognizes the challenges our small businesses must meet and has proposed to cap the maximum tax rate these businesses must pay. This step will provide a much-needed boost to these struggling small businesses who mean so much to our neighborhoods across West Virginia.
For years, we've known that the U.S. corporate tax code has been a hindrance to business investment and job creation in our country. The 35-percent federal tax rate is simply uncompetitive when compared to the roughly 20-percent rate found in other developed countries.
This is why we've seen companies sending billions of dollars in cash overseas, outsourcing countless jobs to other countries or moving their headquarters to other countries for tax benefits.
We know West Virginia needs to diversify its economy and open new job opportunities for our citizens. That's why we've made tremendous strides in recent years to make our state more attractive to job creators, from passing right-to-work legislation, improving our roads and bridges, cutting our business tax rates and making our legal and regulatory climate more fair.
Unfortunately, the federal tax code discourages those wishing to put West Virginians to work from investing their own money here.
President Trump wants to change that.
Under his plan, the United States will be on a level playing field with other countries, and this will open the doors for businesses to bring those billions of dollars sitting in overseas accounts back home to invest in the U.S.A.
Federal tax reform, coupled with the changes we've made at the state level, could rejuvenate and diversify our economy and put our state back on the path of prosperity.
President Trump has already followed through on his pledge to put our miners back to work. Now I hope Congress will quickly move on his plan to bring prosperity and hope to all sectors of our economy.
READ ORIGINAL ARTICLE HERE.
Read more at